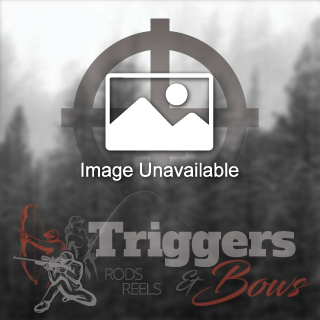 There are so many camo patterns available now, how is a person supposed to tell which one is right for them? We looked into one of the biggest producers of camouflage patterns, Mossy Oak, to determine where to wear each pattern. The first consideration for hunters is their hunting choice. Different camo patterns are designed to be most effective in hunting specific game. The colours and patterns are built around the environments where those creatures are most likely to be found. The second question is their hunting plan. Working out of a tree stand, blind, or using ground cover can change the effectiveness of each type of camo. Some types of camo have been created to blend better in the shadows while others take advantage of the leaves and branches of trees. Time of year can also be an important factor as some camo patterns have been designed specifically to help blend in with the foliage growing during that season. So, with all of these factors to consider, what type of camo should you wear? Here is our breakdown:

If you’re turkey hunting in the spring season, Mossy Oak has you covered. Their Break-up Obsession pattern is designed around spring hunting with more green leaves mixed into their famous Break-up pattern to help you hide among the new growth. The pattern is designed for you to find the best camouflage in the woods with their trademark mix of oak leaves, pine branches, and realistically textured barks and branches. The best places to wait for turkeys should provide you with partial cover. Woodland patterns help break up your human-shaped outline when you set up against a tree. Avoid areas with overly dense foliage though as it will disrupt your line of sight. If you plan on sitting in a ground blind, however, you may want to look into the Mossy Oak Break-up Eclipse pattern. Their most popular pattern has been redone in dark shades to help hide a hunter while inside the shadows of their blind. Small ‘cutaways’ reveal the original colours of the pattern and help break up the human-shaped shadow within the blind.     [caption id="attachment_3364" align="alignnone" width="291"]

Bird hunting means a change of scenery. Migratory waterfowl are found along edges of lakes, ponds, rivers, and often land in fields to graze or rest. There are several great patterns available that have advantages depending on the location. Shadow Grass Blades from Mossy Oak layers textured grasses with realistic shadowing over a background of thatch. A pattern like this is great for field hunting where the bird’s overhead will have trouble picking you out of the surrounding terrain. Their Bottomlands pattern is deceptively simple. It’s been proven to provide great camouflage in shadowed areas like flooded timbers with little greenery or other ground cover. [caption id="attachment_3358" align="alignnone" width="300"]

For hunters who prefer tree stands, patterns like Mossy Oak Break-up can help give the advantage. This fall pattern contains a mix of oak leaves and pine needles layered over bark to help hunters blend in while they wait up in their tree stand. The large leaf patterns help break up the human shape and the bark texture allows the hunter to fade into the background. However, for tree stands with less foliage, Bottomlands remains a strong option. The simplicity of the pattern lends itself to varied environments. We mentioned the Eclipse pattern before and once again, if planning to hunt deer from within a blind, this shadowy pallet would come into play. The hard shadowing in this pattern helps create texture even as the dark colours help you blend into the shadows. If you're headed further north, the Mountain Country pattern may be the best fit. Designed for use in the high-country woods, or the rocky open plains, this pattern is full of hints of grey and green to help you stay concealed. Like most of Mossy Oak patterns, Mountain Country uses images from the surrounding elements to inspire its design. This pattern lacks the brown bark and green oak leaves of the Break-up pattern. [caption id="attachment_3359" align="alignnone" width="300"]

Mossy Oak’s original pattern, Bottomlands, is a great all-around camo option. This simple pattern is based on a ‘fistful of dirt’. It’s a simple repeating pattern that helps break up your outline in areas with heavy shade like dark hardwoods, flooded timbers, and tree stands. This pattern doesn’t attempt to match high-resolution images to the surroundings; it simply makes a person look less like a person. With technology developing, new patterns are constantly being created. Mossy Oak’s newest pattern is called Overwatch. Designed using 3d modeling, this pattern was created for all-around concealment using the colours of military overwatch. It is the official camo pattern for the NRA. This all-purpose camo mimics basic terrain features allowing a person to blend in with their surroundings very easily. [caption id="attachment_3360" align="alignnone" width="300"]